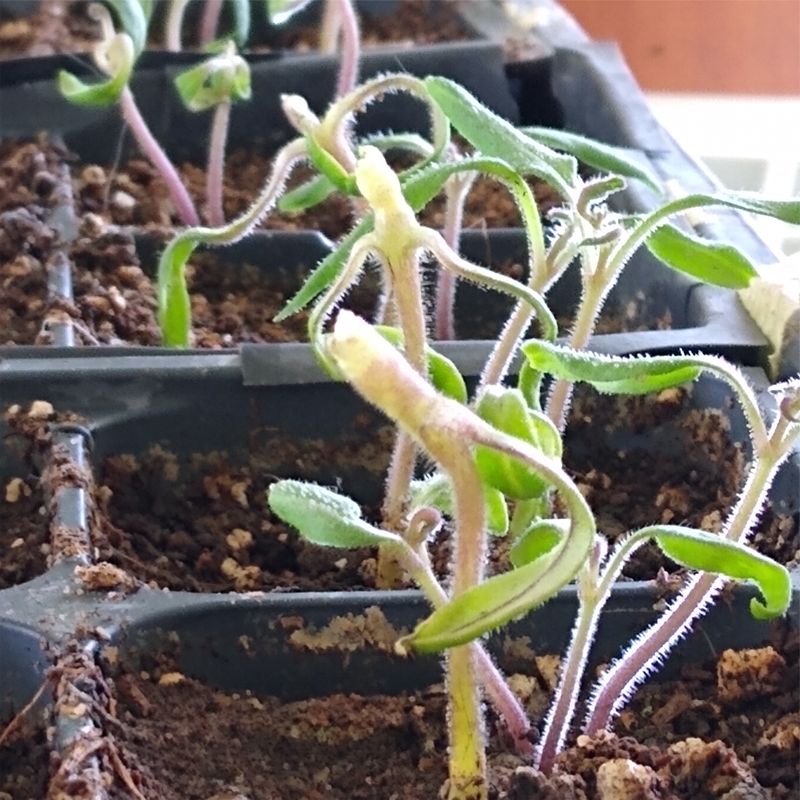 It seemed so innocent and natural: the stable next door generates lots of horse manure, and we happily accepted an offer to use a load of it as fertilizer for our small farm. We had gotten manure from them before. We didn’t expect our actions to ruin the crops in our vegetable field for several years.

We noticed something was wrong when the tomatoes seedlings came up. We thought at first it was a virus. They germinated normally, but then they began to twist. The growing tips were oddly thickened. And they were growing so, so slowly. We saw similar issues with the eggplant seedlings, though the broccoli and greens looked normal. We mixed up a new batch of potting soil, though there was still a bit left from the previous mixture, and started them again. The same thing happened. We started a third batch, this time using only soil from the greenhouse. This time the seedlings came up normally, but it had gotten so late in the season that our harvest would be much reduced.

Meanwhile, out in the field, our sunflowers and zinnias were getting mottled and dying off. The greens and brassicas were growing, but seemed smaller than usual.

So we did some research, and found pictures that looked like our poor twisted seedlings. We found that there is a popular herbicide, called aminopyralid, that is sprayed on hay fields to kill broadleaf weeds such as Canada thistle. It is said to be non-toxic to animals, who pass it right through – into their manure. Our local extension service actually recommends its use on some of their weed control sheets. The stable next door must have purchased hay that was contaminated, and we ended up with tainted manure.

We had unknowingly mixed this manure into our potting soil, and tilled it into the rows of our field. It does not affect greens or brassicas much, but even tiny amounts destroy tomatoes, sunflowers, zinnias, eggplants, basil – almost everything else.

Fortunately, we had not used it in the greenhouse, and had confined it to narrow rows in the field. It does degrade, eventually, with a typical half-life of about 130 days, though it can be as long as 500 days. It is especially destructive because even small amounts have major impacts on plant growth.

We are now entering our third year after this happened. We’ve shifted our rows so that crops will be growing in unaffected areas, and are looking forward to a year that returns us to normal production. We learned our lesson the hard way: don’t accept manure as fertilizer unless you can be sure that destructive herbicides were not in the hay that the animals ate.